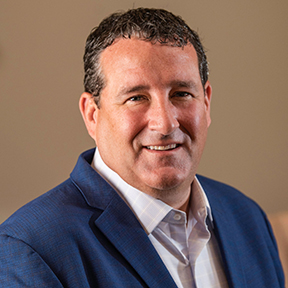 Mike brings a varied background and experience to Shenker Russo & Clark. Most notably, Mike has worked on over a billion dollars’ worth of economic development projects in the northeast and internationally.  He brings a diverse experience in large scale developments, public relations, crisis communications, lobbying and strategic business development services to the firm’s clients.

Setting up a project or initiative for success isn’t always easy. His strength in understanding how a project is developed allows his teams to identify nonstarters and substantial risks that are likely to pose a threat to success.  Getting off on the right foot is crucial.  Mike insists that the first conversation can never be taken back and sets the stage for all future discussion with state, and local officials, business leaders, concerned citizens and residents.

Prior to joining Shenker Russo & Clark, Mike was the founding partner of Amanus Consulting Group.  His firm specialized in project development and oversight with experience in energy infrastructure, transmission, and strategic site development.  His clients include some of the largest utilities in the northeast, manufacturing companies, municipalities, and tech parks.  Mike continues to work with private industry, government agencies, economic development organizations and academic institutions.

Mike has served as the President of the Luther Forest Technology Campus where he directed the efforts to build out $250 million in infrastructure required to attract the leading-edge semiconductor manufacturing facility now called Globalfoundries. Today, Mike is a trusted advisor to a diverse group of public and private sector clients where he helps them navigate through the intricate details of public/private partnerships, including legal, policy and regulatory matters.

Mike was previously appointed by the governor of New York State to lead New York’s $250M economic development agency focused on scientific research and technology development.  At NYSTAR, he managed partnerships between academic institutions, private industry, entrepreneurial start-ups, and spin-off companies to encourage commercialization of research in cutting-edge scientific fields.  While attending Albany Law School, Mike worked in the New York State Senate where he oversaw constituent relations and budget negotiations for the 55th Senate District. Mike then served as Counsel to the Deputy Secretary for Appointments in the Governor’s office.

Mike provides industry leadership as a strategic and tactical advisor for large-scale public-private developments and has provided expert advice on global high-technology initiatives in the United Arab Emirates, Jordan, Egypt and Portugal.

Mr. Relyea received his degree from the State University of New York at Plattsburgh and his Juris Doctorate from Albany Law School at Union University.

Mike volunteers as a mentor to the Clean Tech High School program where he works with students as an industry representative.  He is also a board member for the proposed Capital Region Aquatic Center.