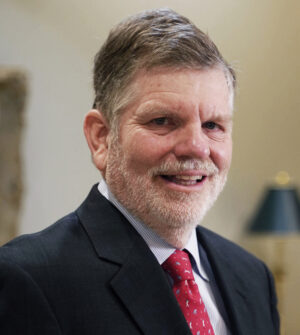 Ed Draves is the Director of Government Affairs for Shenker Russo & Clark, bringing an extensive career in both lobbying and political campaigns. Prior to joining SRC, Ed was a Partner at Bolton-St. Johns for over twenty years.

During his time at Bolton St. Johns, Ed lobbied on a diverse array of issues at the local and statewide level. He represented clients in the labor, health care, communications, energy, pension, gaming and budget sectors. He was one of the key lobbyists on the successful passage of medical marijuana legislation in New York, as well as the MRTA which legalized adult use cannabis. Ed has coordinated governmental outreach for clients who won licenses to operate casinos and medical marijuana companies. In addition to lobbying for his clients on numerous issues, Ed has coordinated grassroots campaign efforts in support of their agendas at the local, state and federal level.

Before joining Bolton-St. Johns, Ed was Political and Legislative Director of the American Federation of State, County and Municipal Employees (AFSCME) for more than two decades. In that role, he coordinated the political action and legislative programs of the union’s six New York affiliates and represented more than 400,000 members.

In 2000, Ed Draves left AFSCME to be Deputy Campaign Manager for Hilary Clinton’s successful Senate bid. In this role he coordinated the campaign efforts in Upstate New York.

After the Clinton campaign, Ed served as Campaign Manager for the first successful statewide Transportation Bond Act in more than a dozen years. Later that year he became one of the leading campaign strategists to help elect Buffalo’s first African-American Mayor, Byron Brown.

Ed has worked on local and national political campaigns developing campaign strategy and messaging and assisting with debate preparation. He has worked as a consultant and aide on campaigns in New York, New Hampshire, Michigan, Ohio, South Carolina and California.

Ed Draves is included in City & State’s list of Labor Power 100 for both New York State and New York City, and was named “one of labor’s most savvy political operatives,” by the Buffalo News.